Americans don't celebrate Boxing Day, but Australians do.  Might have something to do with the clement weather.

Okay, "clement" really means bloody hot.  So, what do our mates do? Gather to a mate's house to open The Box*, and proceed to spend a lazy afternoon of cocktails and Doing Not Much.

One of the really cool things about Australia is that if you don't drink alcohol (I'm a teetotaler through-and-through) is that they're really hakuna matata about those that don't drink. They're accepting of your ways. You can go to a bar and order an LL&B, and they'll give you one, no questions asked. Order any of the mocktails on the menu, and that's cool. Nobody will suspect you're Mormon, pregnant or the Designated Driver if you go non-alcoholic. (Americans aren't so kind.)

Australian mocktails are pretty cool. Anywhere that serves alcohol will also have a dozen or so mocktails on offer. There's usually something minty, something strawberry, and a few other things that might not naturally occur in nature. Everything varies from place to place, and nobody is ever found wanting. (Australians don't do Shirley Temples, alas.)

LL&Bs, or Lemon-Lime & Bitters, are everywhere in Australia. I have never found a licensed place that didn't offer them. It's what you drink when you're not drinking.

Here's how to make your own at home.

Coat the inside of the glass with the drops of Angostura Bitters. Pour the lime cordial in the bottom of the glass. Fill with soda water/lemonade. Soda water gives you a drier drink, whereas the lemonade adds lots more sweetness.  Drink cold on a veranda on a hot Australian Boxing Day.

______________________________
*The Box is a box of various liquors and other alcoholic paraphernalia left over from their University days. Yes, The Box has been around for decades. This makes sense, when you realise The Box only gets opened once or twice a year. It is a stunningly impressive collection of various alcohols, including a bottle of genuine wormwood absinthe that I believe nobody is game enough to try.
Posted by Her Grace, Heidi, the Duchess of Kneale at 4:49 am No comments:


Checklist for Christmas Eve in Australia:

1. Ensure the kids get LOTS of exercise during the afternoon so they're worn out and will actually go to sleep tonight. Know that it is only a few days after the Summer Solstice, and the sun doesn't actually set in Australia until about 8pm.
2. Dress kids in the Jammies from Grammy's, as that's a family tradition. Tell youngest that yes, it's okay to sleep with just the top on, as it is too hot for bottoms.
3. Set out cookies for Santa, and convince kids that yes, Santa does want a cold glass of Passiona and not a glass of milk, because Santa is lactose-intolerant. Besides, this is Australia and the middle of summer. If you leave a glass of milk out, guaranteed it will be yoghurt by the time Santa arrives.
4. Read my loverly blog entry about Christmas in Australia on the Long and Short Reviews Blogfest and comment for a chance to win a prize. This is what you do while you wait for the kids to fall asleep.
5. Tell the kids you'll play lots of Christmas music that night for them as long as they stay in bed.
6. After checking on kids for the tenth time and finding out that yes, they're finally asleep, "Santa" lays out all the gifts, eats half the cookies, drinks all the tepid Passiona, and finally goes to bed. After all, the kids are gonna be up at 4:30am (along with that Australian Summer sun) to see what Santa brought them.
7. Lay on your bed under the air conditioning and dream of a winter Christmas because it's frickin' hot! 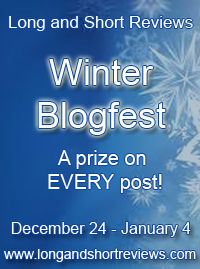 Posted by Her Grace, Heidi, the Duchess of Kneale at 4:39 pm No comments: