Observations: What you do is more important that what is 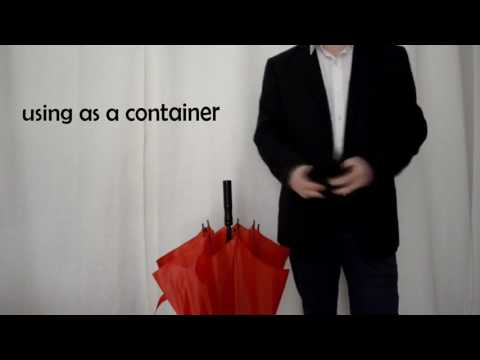 Before I get into this week's post, here's some state-of-the-union info:


Yesterday was WA Day, a public holiday, in Western Australia. All week it's the Royal Show (think 'State Fair', for you 'Mericans). Naturally, Their Ladyships and I went along.  But my story is not about the Royal Show or WA Day.

Last week I went to the local grocery store to purchase tickets for the Royal Show. While I was there, I witnessed a young child throw a nuclear-level temper tantrum because they wanted ice cream. Mum was not going to buy them any. The kid screamed and stamped. Still, Mum said no, and proceeded to walk out the door in a controlled manner. Kid continued to scream and stamp, but followed after. This is because the kid, despite their complete meltdown, knew that Mum meant business and was not going to cave.

I respected her for having a plan and sticking to it. In my eyes, this is a good parenting skill.

At the Royal Show, as Their Ladyships and I were indulging in some expensive gelato, a pair of young parents came up with their young child in a pram (stroller). Like us, they'd bought a cup of expensive gelato to share. Young child got first bite because, as Dad explained, this was the first time she'd ever had chocolate ice cream. We had a pleasant conversation over introducing children to new foods, the benefit of teaching them to value high quality, etc.

Young child dropped something on the floor. Dad picked it up and dropped it into the umbrella they had hanging off the side of the pram. Upon closer observation, I noticed it was full of little bits and bobs. They had turned their umbrella into an improv bucket. "Oh, that is so cool!" I uttered.

"Yeah. We only just thought of it today. But I think we'll keep doing it."

They were really cool people and I'm so glad I encountered them. For many reasons, they became a bright point in my day.  I respected them for their parenting skills because they were able to go with the flow, anticipate things, and were able to come up with creative solutions when the unanticipated came up.

Later on at the show we were at one of the kiddie displays. While there, an incident happened which lead to a young child having a nuclear-level temper tantrum.  Unlike the mother in the grocery store, this mother did not have a single clue. Her coping technique was to try and placate and reason with the unreasonable child right there in the middle of the floor. The child was kicking and screaming. Also, this just happened to be the time a large trolley had rocked up with a delivery.

Unfortunately, the kid chose to have their temper tantrum right where the trolley needed to go. Due to crowding, the trolley could not back up, could not move. It blocked the entrance to the display, and nobody could get in or out. The kid in his screaming, struggling mess, came really close to hitting his head against the sharp edge of the trolley. The mother, so wrapped up in trying to placate her child, instead of taking control of the situation, became useless. She was not in control of a situation she should have been.  She had no awareness of her surroundings, the trouble she was creating by not removing her child from the central area, the immediate danger he was in, and, despite the offered help from other parents, could not control her situation.  Essentially, she was just as out of control as her kid.

People had to physically remove her and the child to a safe location, so that the trolley could be moved. She was incapable of doing this herself because she was not in control. At all. Eventually the father showed up. I could tell from the look in his eyes and the actions he took, that this was not the kid's first temper tantrum, nor the mother's first moment of "i can't parent".

When the mother first melted down, my first thought was sympathy. But as I watched her fail to get control over herself and complete strangers had to step in to deal with her situation, I confess my sympathy faded into annoyance. Surely this was not the first time her child has had a temper tantrum. Why did she not have a plan in place for dealing with such a situation?  At least the father had a plan. My annoyance faded into pity. Parenting is hard for all of us. But it can be harder if one doesn't have a plan.

In the space of a week I observed two temper tantrums by young children. One mother earned my respect. The other did not. Yet I am grateful to both women, for they led me to a moment of personal enlightenment.

I hope I have leveled up enough to apply these lessons when my moment comes.

The Best Thing to be Doing

"Is this the best thing you can be doing right now?"  I often ask myself that, but not as often as I should.

A few weeks ago I was chatting with our marketing team at the Day Job about the importance of marketing. I realised I'd let my marketing slip on my books. This was half-laziness and half-analysis. I'd been monitoring the marketing I've been doing for my books, weighing costs vs returns. My current methods were not the most effective at the moment. I wasn't getting as good a ROI (return on investment) as I wanted. After a bit more analysis, I noticed what I'd been doing wrong.

The best way to market a book is to have more books out there. I've currently got five standalones plus one permafree short story sampler. In my recent research, this isn't enough.  Even when the some of my books go on sale with promo, I get some nibbles, but not sufficient to compensate for the price of marketing.  Really, one should be getting a ROI colour other than red. (I accept black or green.)

Obviously I need to get more books out, preferably in a series.

Some author/marketers recommend you spend some of every day writing and some marketing. Fair enough, if you've got the inventory. I don't think I have enough inventory.

So I've decided I'll keep doing little bits of marketing here and there, but not the full-scale I really should be doing.

Instead, I'm going to devote that extra time to finishing more novels. This is the best thing I can be doing right now.  The more novels I get out, the more effective my promotional efforts will be.

I just finished "Currently Unsupervised", which is now aging in a printout on my desk. I'm starting the research for my Victorian Clockpunk Telescope Romance and I've applied for a developmental grant for "Of The Dark".  "The Charm of Truth" needs to sit a little longer before I tack another 20K to it, then it'll be ready to go.

If you ask me if I can do something and I say NO, this is why. These novels don't write themselves.