Have you ever read fan fiction?  If not, I recommend you sample some. I'll wait while you do:

Aw heck, just google "[your favourite fandom] fan fiction".  B'lieve me, there's plenty out there. Rule 34c states, "If it exists, there is fan fiction of it."

Anyhoo, fan fiction are stories written in the imagined worlds of other authors.  Frex, Harry Potter, Star Trek, My Little Pony and more. While much of it is written by some very amateur writers, some of it is amazingly well-written. Masterfully so. (More of my thoughts on fan fic.)

The one thing that unites these apprentices and unpublished pros is a solid love for the world in which they write. This love definitely shows in their work. Some of the best writing out there is found among the fan ficcers. These writers are writing the books they want to read.  Granted, they're writing in the universes of books they already love, but writing more of the books that they want to read.

I had a brief conversation a couple of months ago with an agent. She was looking for writers who say about their own works, "It's the book I've always wanted to read."

But sometimes an author wants a particular kind of book. They want a book that scratches all the itchy spots. When the itch becomes too great, they write That Book, the book they really want to read.

They tick all my boxes. They quench all my thirsts. These are the books I love so much I had to write them.

Does that mean I write self-fan-fiction?

Posted by Her Grace, Heidi, the Duchess of Kneale at 5:50 am No comments:

It took over a dozen novels, but now my mastery of the Craft was coming to fruition.  I'd had a fair bit of luck getting several short stories published, as well as regular columns for internet magazines and some non-fiction articles for rather prestigious publications.

I could safely say I'd moved from Apprentice Writer to Journeyman. Yay!  (If anyone asks, I tell them I'm a Journeyman. 'Cause that's what I am.)

I was inspired to write another novel based on Middle-Eastern culture (pre-Islam), with feminist overtones.

Dance is women's magic--a close-kept secret. Maysa ibn-Nabil has been trained well. As the daughter of a powerful lord, she becomes the first wife of the new young Emperor, well-placed to influence an entire nation. It is a political marriage only, one that looks never to be fruitful.

The throne is not a safe place. One of the Emperor's brothers escaped the purge of rivals. Now he challenges the Emperor for control of the nation.

The true power of the nation is not the man who sits on the throne, but the woman who stands behind it. Seating the best man to rule would be a simple matter, if not for a rival magic--unknown to Maysa--that is counteracting her own.

So, I got an opportunity to pitch my novel.

Back then, few publishers accepted unsolicited manuscripts.  So when Harlequin/Silhouette opened up, for a time, to unsolicited queries, I queried away!

Not my best query evar (see below), and it was not a surprise to see my novel be rejected.  But hey! I'd pitched.


Maysa, daughter of a powerful sheik, finally comes into her own as a woman grown with the completion of her year as a Dancer.  Unbeknownst to men, who believe it to be nothing more than entertainment, Dance is also the women’s magic, with which they influence the world.
When Maysa returns home after her year of study, she learns that Idris, the man she loves, is leaving for war.  Wanting to convince him to stay, yet not raise the suspicions of her mother, she dances “Remember Me”.  Unfortunately, he follows his honor.
She follows the wishes of her father and enters into a pleasant, albeit short-lived marriage with an older man.  After she is widowed, the young emperor desires her as his wife.  It is a political marriage, where she doesn’t even like him, much less love him.  No sooner is the betrothal contract signed, than Idris returns, looking for her.  Indeed, he remembered her because of her dance--so much he couldn’t get her out of his mind…  Can love defy an imperial contract?


In the tradition of an "Arabian Nights" tale, "Almost an Empress" is the story of Maysa’s journey through marriage, widowhood, and an unwanted engagement to convince Idris of her love.

Um, still not right. Maybe I don't know my own novel.  That can happen.  You write the novel and are so close to it that sometimes you can't see the themes for what they truly are.

Themes I played with:


Several years later, I rewrote the novel as a NaNoWriMo project.  It's better, but not my best novel to date.  Ah well.  Revisitation is always an option.

Posted by Her Grace, Heidi, the Duchess of Kneale at 2:49 am No comments:

My Novel Written on a Bus: "Let Sleeping Gods Lie" 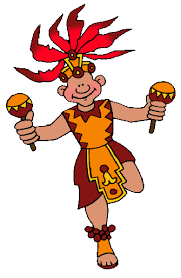 Around the turn of the millennium, I worked for a Dotcom. Oh, those heady days! Dotcom bubble, you burst too soon.

I had a fifty-minute commute to work every day.  So I took a laptop with me and wrote a novel.  Took me longer than I wanted, but I got it done.  No carsickness either.

The Goddess Lilami loves her valley and her people. When a priest from a rival god invades the sanctity of her valley, she calls upon her young priest Eahn to drive him away--but only in a way Lilami approves. (The ways of the gods are baffling.)

But the rival priest refuses to go.  He gathers a few converts to the mysterious Urunathe with vast promises of wealth and prosperity.

Lilami knows such promises will never last. But how can Eahn convince her people that Lilami's way is the only way for true happiness?

I based my worldbuilding on various South American cultures.  I love that this novel is entirely populated by People of Colour.  Not a single blond hair or blue eye in the house.

About the time I wrote this, I had been a member of the Online Writing Workshop for a while.  I'd learned so much! I can't recommend this workshop enough (or any of her contemporaries, such as Critters.org).  Critique of others' work taught me more about the Craft than any book I'd read.

It was about this time that my mastery of the Craft took a turn for the better. For the first time in... well, ever, I wrote a novel I honestly believe is publishable. Maybe I was maturing as a writer.

Winter: we hates it, we does

So while my social media is full of people rejoicing in the advent of Summer, and how nice and warm it is, and look at all the fresh young high school graduates, and now that Summer Vacation is here, life can commence with earnest and Lots of Authors are going to get Lots of Writing done, now that Seasonal Affective Disorder is but a distant memory...

...there are an Antipodean handful of us who are muttering away in darkness.  It may be Summer for some, but it is only Summer for half the planet.  The other half is stuck in dark, wet, misery.

While you bask in your warm boreal sunshine, sipping American-style lemonade while the kids splash away in the pool, I am eagerly counting the days to the Cancerian Solstice, when finally the sun will turn and head back down here to the Lucky Country.

As I look outside today at our stormy weather, I cannot see my shadow; there are six more weeks of Makuru left.

Okay, so we desperately need the rain.  But does it have to be so cold?

My Serial Middle Novel: Bride of the Dark 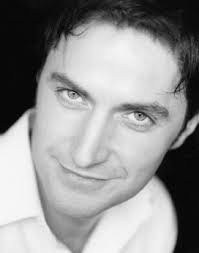 So after a series of failed novel start and tepid finishes or abandonments, I went back to what I truly loved: Fantasy. Specifically, Of The Dark.  If you recall, what was a standalone had blossomed out to a trilogy.

Time to write the second novel.  I dug out my old notes, realised they were crap and started fresh. Having had lots of experience in crap novels, I knew what wouldn't work.  One idea I absolutely scrapped was keeping the main character Adrastea in isolation until she came around to the idea of marriage to the Dark God.

Duh!  Nothing kills a plotline more than a single character in a white room.  So I populated the novel with characters. Rich, interesting, hazy-shade-of-gray characters.

This did the trick.  Suddenly, things aren't so black and white for our little Raised-in-the-Light girl.

Cranked out most of a draft (barring a handful of scenes I wasn't sure about), and drafted an outline for the third novel.

There.  Got that out of the system for the time being.  Oh, ten years later I rewrote the draft Yet Again, this time, applying a goodly amount of Plot Spackle. It's a much better beast now.

While I love the Of The Dark series, this middle novel, this Act II, where lots of bad things happen and the UberPlotArc is not resolved, is my least favourite of the three. (Never did like middle novels.)  My beta readers aren't too fond of it because of its darkness.  But it needs to be there.  Sorry, Melody.

Labels: fantasy, My Novel, Of The Dark, richard armitage

The Alot is Skillful

This is an Alot: 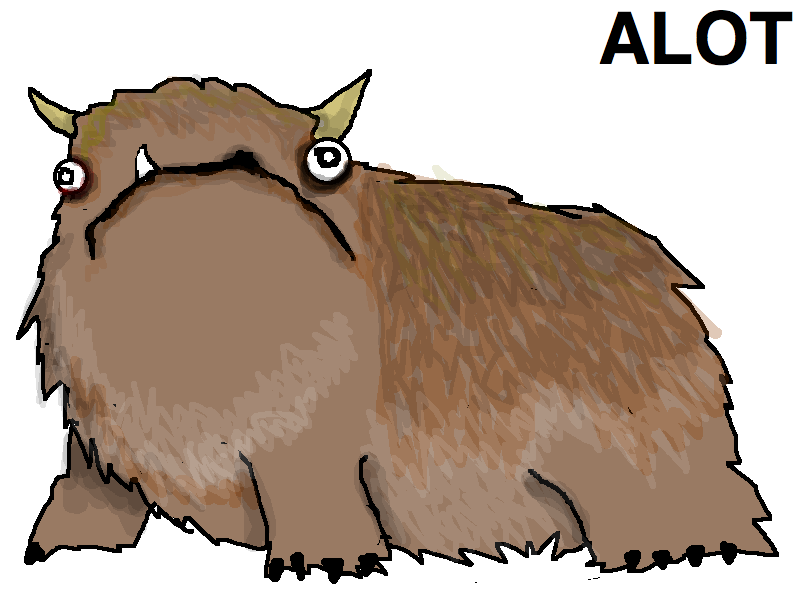 He's pretty good at lots of stuff, as Hyperbole and a Half explains: Alot is better than you at everything.

Posted by Her Grace, Heidi, the Duchess of Kneale at 9:50 am No comments:

More Fun with the English Language

Check out these sentences:

My Contemporary YA Novel: Mormon Molly

Thought I'd attempt a contemporary YA novel. Attempt is a very good word for it.  I completely failed this one by being totally boring with boring characters, boring plot, blatantly preachy and everything else that can turn off a reader.  Happy for this one to remain in the trunk.

Besides, better Molly Mormon novels have been written.

Molly grew up in Utah, she and another half-million Mormons.  As the dominant culture, everyone tried to look like everyone else.  Such was life behind the Zion Curtain.

One day a new girl started at Molly's high school.  She was not from Utah and she was not Mormon!
Could it be possible that someone not Mormon could be a good person?  [Well, duh, yes. Molly learns several Valuable Life Lessons. Why am I boring you with this crap?]

I can't believe I once thought writing contemporary YA was a good idea. What was I thinking?

To make up for such a bad book idea, here's some pictures of cats, Mormon-themed: 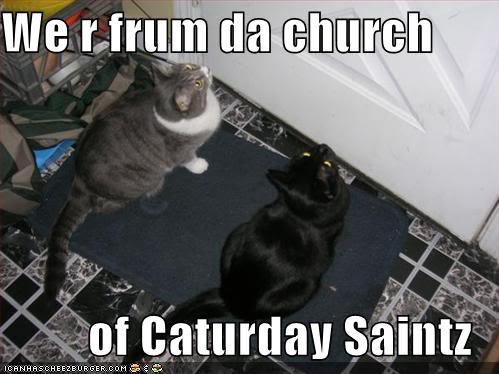 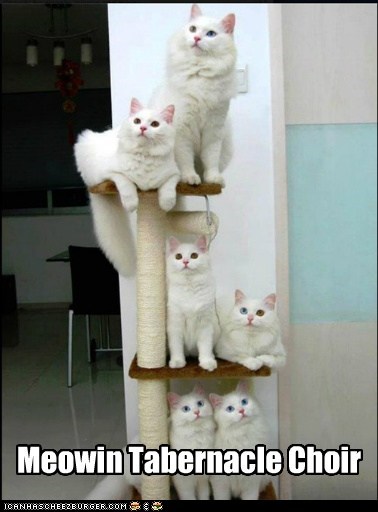 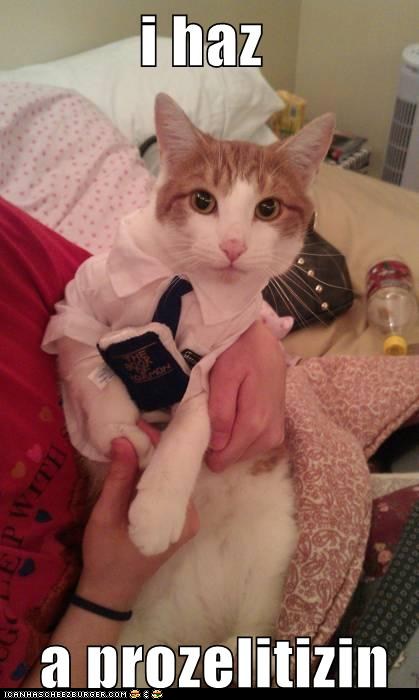 Labels: contemporary, My Novel, YA

English was once a more rhotic language

Want to hear Shakespeare performed in the original Klingon English accent, as QE1 might have heard it?

Shakespeare in Original Pronunciation (OP): A very fascinating explanation of how Shakespeare's plays and sonnets may have been pronounced.  Suddenly, I understand why he considered "prove" and "love" rhymes. Includes an explanation as to why they believe this is the more correct pronunciation.


I found the comparison of lines fascinating. The accent of OP sounds more grounded to me, possibly because of its rhotic R pronunciation.  Certainly less plummy than RP (Received Pronunciation, which many upper-class English and NPR dj's prefer).


Okay, here's Khamlet in the original Klingon.  You knew it existed: